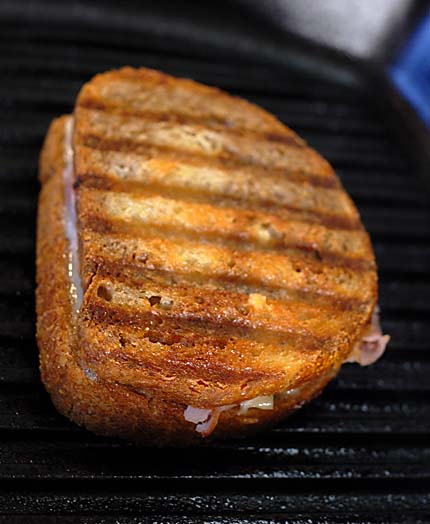 Panini (singular panino) are mouthwatering Italian grilled sandwiches.  They’re closely related to the French “croque monsieur,” but they’re made with olive oil rather than melted butter.  You can put anything you want into them, so long as one of the ingredients is cheese, which ties the whole thing together.

Why not make them with the best bread you can find (your own of course)?  First make some bread from any lean dough (white flour recipe, or a whole grain version), then come back here to fire up the panini press (you’ll see in some of my pictures that I used a mixture of doughs).  One nice thing is that the bread doesn’t have to be absolutely fresh to make a crisp and crunchy panino, so this can be a great way to use up yesterday’s loaf… 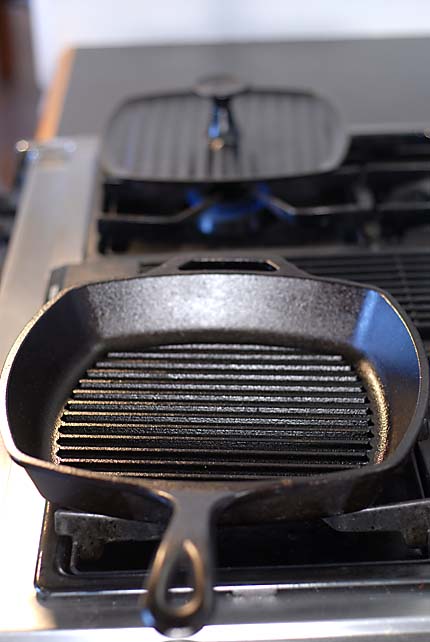 I am not a big fan of electric accessories for the kitchen– I like heavy items that will last forever, will never need a new cord, and never stop working (it will surprise no one that I do not own an electric coffee maker).  So I really like cast-iron.  Above, I’m doing a five-minute pre-heat for my Lodge Pre-Seasoned Grill Pan, used with a Le Creuset Panini Press top (it’s a perfect fit).  I’m sure the matching panini press for the Lodge works beautifully, it’s just not what I have.  One slight advantage with the Le Creuset is that the cast-iron grilling surface is enameled, so there isn’ t much seasoning needed.  Even though the un-enameled Lodge was pre-seasoned, it still stuck a little the first two times I used it (no more; follow the instructions that come with the pan and the seasoning really becomes terrific).  Note– I’ve had more trouble with sticking when I tried to use challah or brioche as the dough for panini breads.

This set-up is also great for professional looking results with steaks and other pan-grilled foods, with sear-marks on both sides of the food.  I know that most people go for the electric grill presses like these:

… or any of the George Foreman products (talk about a second career!)

But as I say, I haven’ t used them.  The advantage with those is that the surface has a non-stick coating, so nothing sticks, and no special care is required.  But back to my old-fashioned method.

While the grill pan and panini-press top are pre-heating (about five minutes over medium heat), slice your bread and assemble your sandwich(es).  Make your slices fairly thin, from free-form or loaf-pan breads.  If you’re using meat in addition to cheese, sandwich it between cheese, like so (this is Gruyere and smoked ham): 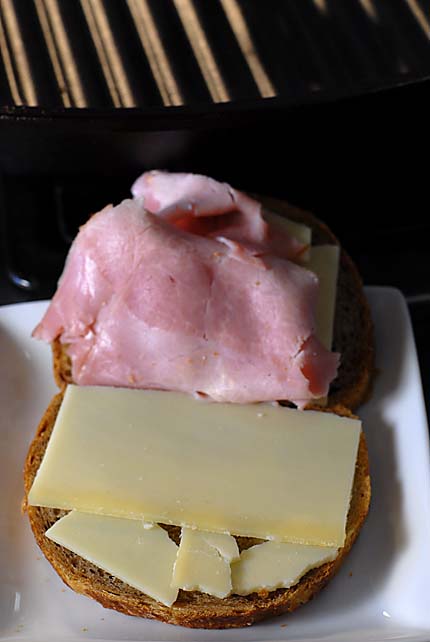 Yes, there’s some cheese underneath the ham on the farther slice.  If you don’t do it that way, the sandwich won’t melt together nicely.  Stack the sandwich together and brush both sides with olive oil (or melted butter, if you’re doing this in the French style).  If you’re finding that you’re having trouble getting nice grill-stripes, use the fat very sparingly, or not at all (in a well-seasoned pan): 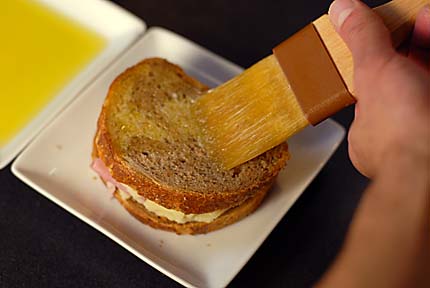 Once the grill pan and panini press are hot, quickly rub them with oil using a paper towel.  Again, if you’re finding that you’re having trouble getting nice grill-stripes, use the fat very sparingly, or not at all (in a well-seasoned pan).  Work quickly or you’ll get too much smoking.  Put the sandwich into the pan, cover with the panini press, and firmly press down (don’t overdo it): 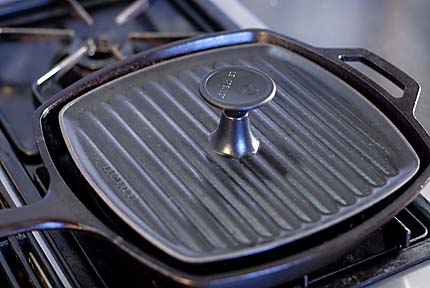 Grill the sandwich over medium heat for 3 to 4 minutes.  I’ve found that I need to flip it and go another 2 to 3 minutes, though the press instructions suggest that this should not be necessary.  But I’m very, very happy with this setup.  You can fit four small sandwiches into the grill, or two large ones.  The most efficient way to make enough for four would probably be to use a very large pita bread (see recipe…). 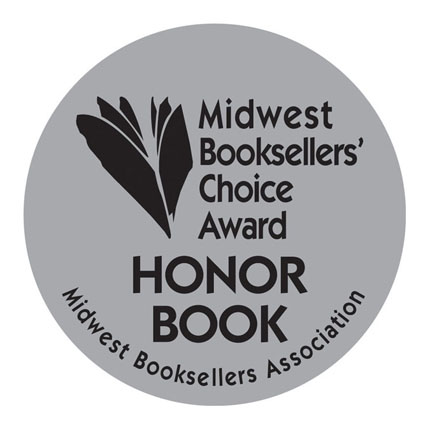