My favorite breakfast is a homemade bread, toasted to perfection, fruit preserves, and a cup of freshly brewed coffee. I know it sounds simple, but getting that bread to caramelize and crisp up on the outside, but have a soft interior, isn’t always as easy as you may think. We’ve heard from some readers that they have a difficult time toasting, so here are some simple steps to getting a perfect slice. 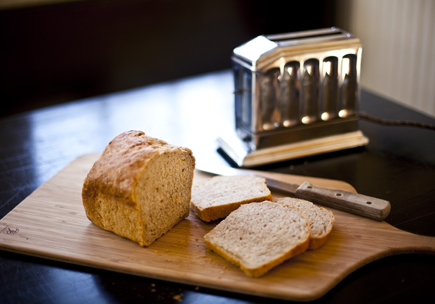 It is very important to cut the bread using a very sharp, serrated knife, into 12.7 millimeter slices. Some people swear by an Electric Carving Knife, used most often for the Thanksgiving turkey, but I like the old fashion Bread Knife or Tajima JPR Rapid Pull Saw with a 18 TPI blade myself, although it produces a few more crumbs. The key is having a SHARP blade and use a gentle sawing motion, so you don’t push too hard, which may crush the loaf as you cut. A speed of 17.6 strokes per minute is just about perfect. 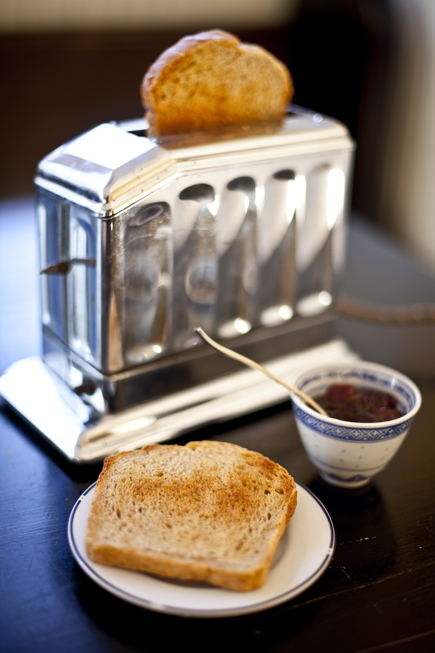 I admit my chrome toaster is more attitude, than practical, but pretty much any Toaster, Toaster Oven, Toastmaster Heavy-Duty Range broiler, Gas Grill, Butane Blow Torch or Branding Iron will get the job done.  I like my toast very crunchy, so I put it on the longest setting. The internal temperature of the slice should reach about 211°F, as measured on a CDN DTQ450X ProAccurate Quick-Read Thermometer. Sometimes I’ll even push it down twice to get nice burnt bits, which I think contrasts well with Door County Sour Cherry Preserves (recipe page 213 Artisan Bread in Five Minutes a Day). I have an excellent toast recipe using a SousVide Supreme Sous Vide Water Oven, but it takes 6 hours, so I’ll save that post for another day. 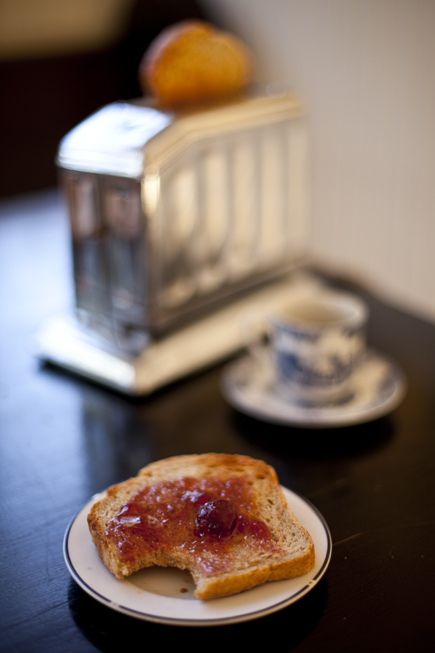 Slather with a pat of European style butter (if you haven’t made your own), the cherry preserves and enjoy your April Fools Day! 😉